Arcane Gems is a colourful slot from Quickspin that promises to deliver you some action like never before. Quickspin has done quite a job in bringing you some new mysterious adventure. 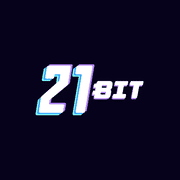 Arcane Gems slot like any other game works with random numbers. Therefore, its results are mainly determined by chance. But then, what’s the fun in playing a slot if you can predict its outcomes? To help you play better, however, we have some tips that would be of help:

The game runs on 5 reels with 3 rows each. While there are just 9 paylines on the slot, Quickspin brings innovation into the entire gameplay to ensure that you have massive wins. Along with the game’s bonus features and multipliers, you are certainly in for a treat as you join the pirates to hunt for gems. Read on, and let’s find out more about the slot.

The theme for Arcane Gems is a little bit unclear. The game’s background mixes many items that make it difficult to tell what the slot’s theme is. One thing we are sure of is that its graphics are of top quality.

At the start of the game, you would see a box placed on a table for inspection. As the game starts, the box opens up to reveal the reels. The reels are set in front of a backdrop with maps, coins, and cartography tools. The reels sit in the gold treasure box where of course, you find the gems. To match the game’s graphics is a suspenseful soundtrack to keep you guessing what’s next all through the game.

To play the game, you need to select your bet size first. The interface of the game is very straightforward. Gamers who have played any of Quickspin’s slots will find this one very easy. However, you can play the game using this as a guide:

The Arcane Lock Mechanics feature is activated every time you land a winning combination. This feature would lock the symbols with the highest value in its position while you get rewarded for other characters. After that, you get a re-spin for each of the icons that are locked. Should a similar symbol appear during the re-spins, you would get a re-spin while the remaining are locked. The round ends when the characters stop appearing on the reels.

In addition to the Arcane Lock Mechanics Feature, Arcane Gems slot offers you the Arcane multipliers. To activate this round, you need to fill an entire reel with locked symbols. The locked characters are then assigned multipliers at random between 2x and 5x. The feature can be extended to as many reels as you can. With that, you can potentially have up to 25x of your stake from this round alone.

Arcane Gems has its paytable filled with gemstones of various shapes and colours. Like what we know of jewels, they are all valuable in their ways. On the other side of things, two card symbols are not as useful as the gems. The game does not have wilds or scatter symbols. Have a look at the characters and their respective values in this table below:

*Arcane Gems uses a dynamic table, so the values here would defer depending on your bet’s size.

Arcane Gems slot does not offer progressive jackpots. However, the game can give you a maximum payout of about 5,625x of your stake. Compared with other slots, that is about fair enough.

Arcane Gems sadly does not have a free spin feature or any other bonus round. The closest you will find is the re-spin that you get during the Arcane Lock Mechanics Feature.

Arcane Gems offers an Average RTP of 96.5%. That means theoretically, in a game of 100 rounds with €1 each, you can expect a total of €96.5. The slot has a medium volatility rating of 3.5 out of 5 possible points. That tells you to expect more small payouts in the game as massive wins will not come often.

Arcane Gems’ gameplay is almost straightforward. You can tell that already from what you have read already. Players, especially those with experience, will find the game’s interface very easy.  With the reputation and status of Quickspin in the industry, it shouldn’t take so long before casinos start featuring the game on their catalogues. We don’t want you wasting time looking around for where to play. So, we have done the searching, and we have put together a list for you. You will find a list of the best Arcane Gems Slot online casinos to play with actual money on the other end of this link. All the sites come with bonuses of different kinds so you can have maximum fun with the game. Just click the link, find your slot, register, and start winning.

You can always check the slot first to see the outcome of things. Even as an experienced player, one or two free spins wouldn’t hurt. The free plays will help you understand the game better in an atmosphere where you are relaxed and without any risk of losing your money.

To play for free, you can use our link above to find yourself Arcane Gems Play for free online slots. You do not need to register during your free sessions, so your privacy is assured. All you need is a phone or a computer that can access the internet. The game runs perfectly on all platforms without any difference in graphics.

Arcane Gems would have been a lot better if it had free spins. However, the game makes up for this with its two bonus features. During one of the Lock mechanics functions, some re-spins can also act as free spins in the game. The other bonus round’s multipliers could get you as much as 25x per round.

On a general note, the game can pay you a maximum of 5625x your stake. While that is fair enough, the generic nature of the slot brings it down a little bit. However, if you are patient enough, this slot has got a lot in stock for you.

You don't need to download the game; it runs from your browser, whether on your phone or PC.

No, the slot has no free spins round.

Does Arcane Gems Slot have a progressive Jackpot?

No, the game has no progressive jackpot, but there is a fixed payout up to 5,625x your stake.