Play N’ GO’s favourite fictional explore and, at this point, unofficial mascot, famous explorer Rich Wilde finds himself in yet another adventure. This time, his destination lies in the mythical tombs of a pyramid where the legends of Ancient Egypt are sure to find him during his search for treasures in the Book of Dead slot.

Best Casinos to play Book of Dead from Canada 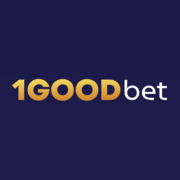 Strategy & Tips - How to Win at Book of Dead

Slots are games of chance, but that does not mean that there are a couple of aspects that can enhance your experience greatly. Pay mind to these when playing.

Keep With Your Budget: No matter how deep your pockets, you can always benefit from sticking with a budget. As a rule of thumb, if your funds dwindle below 30% their totals, stop and try another day.
Mind The Volatility: The volatility is high. So you can benefit from lowering the bets for a little while after a win because the wins come a bit sparsely here.
Manage Your Bets: Do not discredit low betting occasionally. You can still profit nicely even from a lower value bet. The biggest win of the base game is x5000, which would even make the lowest bet profitable, to illustrate:

Of course, the free spins round can even double that if you fill the gameboard with expanding symbols of the game’s highest paying symbol.

Book of Dead is one of Play N’ Go signature and most popular slots. So, much so that many casinos have it in store for you to play with additional bonuses. Indeed, the hunt for treasures inside the Pharaoh’s catacombs has withstood the test of time and looks like it will for the years to come.

That indeed might have to do with that the ancient Egyptian creatures of myth do bring some riches to those daring enough to live up to their expectations. As you and Rich Wilde will learn as soon as you take some spins at Book Of Dead, it does pay to wager and triumph the odds on this Egyptian adventure. Here is our Book Of Dead slot review where we unravel all the magic behind every single feature the game has to offer you, read on to find out.

Book of Dead has the standard 5 reels 3 rows gameboard with 10 paylines active across to deliver your winnings of Pharaonic riches. The gameboard sits between imposing pillars of solid gold, making use of what seems to be a luxurious gold-hueing secret tomb untouched by time as a background image.

The symbols on the reels are equally Egyptian-like as it’s expected. The classic suit of cards symbols that go from 10, J, Q, K, and A, which here get a makeover that makes it look very hieroglyphic-like, are the lower-paying symbols. The higher paying symbols, on the other hand, represent illustrations of some of the biggest myths associated with ancient Egypt. A lavishly dress adorned Ancient Egyptian eagle, the god with the head of a canine Anubis, a Pharaoh with a golden mask, and our protagonist, Rich Wilde himself as the highest paying symbol.

Finally, the game also happens to have a single symbol acting as both the scatter symbol and the wild. That symbol a golden book is the titular Book Of Dead. As a wild, the symbol replaces every single symbol on the reels to make a successful combination when needed. As a scatter, that very same scatter/wild Book Of Dead symbol is instrumental for getting into the free spins round and enjoying the game’s special feature.

This feature is only available during the game’s free spins round, thus, only after lading three or more Book Of Dead scatter symbol can you see it in action. Before you even throw your first spin out of the set the game give out to you, the very same Book Of Dead will select one symbol at random, and that will become your expanding symbol.

Whenever the chosen symbol the game determined for you lands on the reels, and it’s a part of a combination, the feature triggers. The symbol will expand to cover the whole reels it is in from top to bottom. This, of course, means an increasing number of combinations available across the gameboard that will fill your pockets.

Even better considering that is very normal than more than one of those symbols lands on the reels during the free spins round. Thus, you can have, in theory, as many as five reels completely full with the selected expanding symbol. More commonly, though, you will frequently see two and three reels filled with the expanding wild.

When you land three or more Golden Book of Dead scatter symbol on the reels will trigger the Free Spins Round. In here, the games give you a set of 10 free spins for you to have a blast with. But before starting, the game will choose one of the symbols at play to become a special expanding symbol. When landing on the reels as part of a successful combination, the chosen expanding symbol does its thing, it expands.

The symbol will convert any other symbol on the very same reel it landed into a copy of itself, effectively covering from top to bottom. That, of course, means it is winning-galore for you inside the ancient Egyptian tomb that is the Book Of Dead slot.

Play N’ Go’s legendary slot Book Of Dead’s RTP stands at 96.21%. That means that 96.21% of the proceedings of the game go towards the players’ pockets. The remaining 3.79% represents the house edge and its how much the house, meaning, the casino you choose to play at, gets from your investment.

Land-based casinos do the same with their own house edge, so this is not a new concept by any means. Regarding the game’s volatility, the Book Of Dead slot sits firmly on the High part of the volatility spectrum. Thus, winning come more sparsely than other games and, when they do, they come in bigger than others of lower volatility.

But don’t let this fool you. In practice, Book Of Dead responds very well to having higher wagers placed at it. So, if you bet higher, there are slightly more chances of you landing a win than if you bet lower. Thus, Book Of Dead does indeed favour the bold when dishing out wins.

Since Play N’ Go delivered it to your screen, there is no need for you to book passage to Egypt and venture into a pyramid-like some Indiana Jones wannabe. Leave that out for real and fictional professional archaeologists. Rather, go unearth the riches hidden away in the Ancient Tombs by signing up to any of casino from our recommended list. Give a spin at the Book Of Dead slot at only the best new online casinos we offer you right here.

While you could say the Book Of Dead slot is little more than a one-trick pony, well, this pony does its trick extremely right. Not for nothing, it remains one of Play N’ Go favourite offers at online casinos to this day. Accompanying Rich Wilde in its adventure across Ancient Egyptian tombs is still a very lucrative blast to this day.