Employees of NetEnt AB are currently undergoing a period of uncertainty ever since the renowned iGaming software developer announced its plans of enforcing a few hundred job cuts following its acquisition. Evolution Gaming recently took over NetEnt and is considering a major organizational restructure.

According to the latest inputs from the Times of Malta, the Stockholm-listed firm was recently acquired by its compatriot for $2.12 billion. And one of Evolution’s first decisions was to shut down NetEnt’s live casino studios in Qormi. The new owners have made it quite clear that the employees of these establishments now face the risk of losing their jobs, and the formal process of shortlisting names has begun.

NetEnt AB currently employs over 1,000 people around the world and had expanded its live dealer casino portfolio barely three months ago. However, experts had predicted the outcome as Evolution Gaming currently operates nine live casinos and blackjack rooms in the neighbouring region.

What the Authorities are Saying

The Malta Competition and Consumer Affairs Authority approved the merger between Evolution and NetEnt back in September. And the Ministry for the Economy, Investments, and Small Businesses is currently discussing the possibilities of replacing positions for the people impacted by the restructuring effort.

The authorities in Malta, meanwhile, have come up with a helpline urging people who may be at risk of losing their jobs to sign up on the JobsPlus training and employment platform. The official statement from the Ministry read, “While noting Evolution Gaming’s strong commitment to the local economy, the government through the Ministry for the Economy, Investments, and Small Business is currently holding discussions with all involved parties to promote a smooth transition of the employees who may be laid off as a result of the restructuring effort. Additional arrangements are currently underway through the JobsPlus platform to offer custom recommendations and job-matching services for all those involved”. 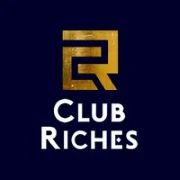