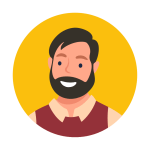 Popular iGaming software developer High 5 Games is back in the limelight yet again for bringing back the power of Beat Boxes to the reels. Being among the latest video slots, Defenders of the Realm lets players gain heroic powers as they traverse a diverse landscape to win high prizes.

The 5-reel 4-row grid pattern is familiar, and when players land a Horn symbol, the game leaves behind a Beat Box. Each symbol with the Beat Box doubles in value when the winning combination lands. And when the players get a full reel of Beat Boxes, the screen turns into a Locked Wild, which locks the reels for the next three rounds. If a player triggers all five reels with Locked Wilds, the Free Game bonus round is activated.

According to lcb.org, the new slot will be making a huge success in the market.

Defender of the Realm: Design and Gameplay

High 5 Games is famed for launching oddball titles and Defender of the Realm does not disappoint. The design is a fine blend of Viking mythology and the desert city from Stargate. And despite the peculiar combination, the theme works exceptionally well.

The game’s highlight is the colourful Beat Box, which appears randomly over the reels. Landing Beat Boxes triggers 2x wins and Locked Wild Reels. The Pick Bonus Game is triggered between 4 and 6 tiers and rewards exciting payouts once you progress through a few levels.

The Wild symbol replaces the standard icons in a winning combination and is the highest-paying icon in the game. Players landing five Wilds in a single round get a chance to amplify the stake by up to 100-times. The Horn symbol is next in line, and these appear in a different colour based on the reels.

What are the Bonus Features?

If any symbol is framed by a Beat Box during a win, the highlighted icon doubles its value. All Beat Boxes disappear at the end of every round unless certain conditions are fulfilled. If all four positions on the reels are surrounded by Beat Boxes, it transforms the reels into a wild reel for the following three spins.

A Horn symbol can also replace the Beat Boxes during this period. After the Wild Reel plays out, all Beat Boxes disappear from the screen. Landing three treasure chests anywhere on the reels in the base game triggers the Pick Bonus Game. The bonus game flaunts three tiers, namely 4-, 5-, and 6-tiers when 3, 4, and 5 treasure chests appear in a single round.

Each tier has four options to choose from. Players receive a cash prize before moving on to the next round. The feature ends with a cross, which has the potential to double the stake. The high-volatile video slot has a maximum RTP of 96% and can amplify the stake by x4237 times.

The buy-in range is between €/£ 0.10 and €/£ 100 per spin, and the bonus round triggers 10 free spins. This round cannot be retriggered, while a few of the wild reels flaunt a 2x multiplier.