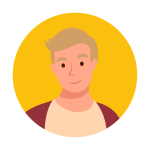 The Dutch Government finally submitted the secondary gambling regulations to the official gazettes. The new regulations ban the use of sports teams for advertisements, although sponsorship is permitted. The government also proposed altering a few rules around bonusing.

The upcoming regulations specify how online gambling should be conducted in the Netherlands from later this year when the law is passed. Earlier versions of the proposal banned athletes from being the face of gambling advertisements. This was a desperate attempt to protect the younger generations, who view athletes as role models.

Non-sporting individuals popular with the younger generations were added to the list later on. Respondents to the government’s consultation pointed out that sports teams are quite influential among youngsters, prompting the authorities to include them in the list as well.

What Does the New Regulation Entail?

While the government agrees that the operators will have a tougher time recreating their advertisement strategies, it believes that player protection is more important. The new regulation isn’t all bad for the gambling institutions as the authorities capped the license processing fees at €48,000.

The proposal also outlines certain sporting events on which the operators might not accept wagers. Punters can no longer bet on football matches in the Dutch third division and lower classes, under-21 and younger age categories, and friendly matches not conducted by FIFA.

Major sporting events like WTA and ATP tennis, Dutch domestic football, UEFA and FIFA competitions, horse races organized by the Dutch Trotting and Racing Foundation, and other globally-recognized bodies are open for wagering. All other events will have to be analyzed beforehand.

What About Bonuses and Lotteries?

Players that do not opt-in for bonuses are automatically eligible for the perks. The blanket 60-day restriction for players who’ve received an intervention because of their gambling habits has also been lifted. The authorities will now focus on lighter-touch interventions and more direct actions rather than imposing a long-term ban.

Moreover, lottery providers no longer need to engage in addiction prevention drives typical to other gambling operators, as the course was deemed unnecessary. The new regulation also includes a ban on timed bonuses and the need for operators to conduct risk analysis on individual games in their library.

The regulations also outline the manner in which operators are required to intervene when players show signs of problematic behaviour. It further sets technical standards akin to those for self-exclusion system Cruks.

What Does the Future of Dutch Gambling Look Like?

Although fluid, gambling is one of the major markets in the world. With new laws being drawn up, there’s no telling what the future holds for the industry. Legal or illegal, gambling will prevail. It only makes sense to draw the rules and make it as safe as possible for everyone involved.

To be fair, the Netherlands isn’t as strict about gambling regulations as the USA. Even though the authorities had previously tried to reign in the industry, all attempts were majorly unsuccessful so far. Let’s hope that things change for the Dutch gambler within the coming months.