Casino BeeNews What is nft gambling
« Previous Article
Next Article » 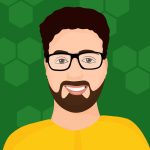 The Non-Fungible Token or NFT metaverse is on the verge of extending its reach to online gambling. According to the latest reports, popular iGaming content developer Evolution Gaming recently acquired four CryptoPunks, which will be given away to four lucky slot machine winners. CryptoPunks are 10,000 unique characters on Ethereum. No two are alike, and each can be individually owned. This marks the first intersection between NFT and gambling and could spark a wave of interest in the coming days.

NFT has had a long and turbulent history since its inception. After gaining massive momentum at launch, the prices dropped sharply for a few months, only to pick up steam a short while later. Although the trading volume isn’t close to what it was initially, the industry appears to have overcome the previous turmoil.

To top it off, word of Evolution Gaming setting foot in the industry could generate a lot of interest. And NFT aficionados are betting on this boom. According to reports, Evolution Gaming plans to give away four CryptoPunks characters in their upcoming game NFT Megaways. This is their first project utilising NFT as a prize.

Evolution’s press release reads, “The seven-row six-reel NFT Megaways slot game offers a thrilling and novel crypto experience that is instantly recognisable if you’ve followed the NFT boom since the early days. At the core of the game are CryptoPunks 8143, 4701, 3008, and 914. The four diverse and distinct-looking characters created by Larva Labs now belong to Evolution Gaming”.

By examining the transaction history, one can determine the value of each CryptoPunk. Evolution Gaming spent a total of 86 ETH on June 22nd when Ethereum tokens were worth $1,888.00. This puts Evolution’s total investment at $162,368. The most expensive of the lot is CryptoPunk 8143, valued at 21.50 ETH.

The Evolution of CryptoPunks Over the Years

Although CryptoPunks has been on collectors’ radars since the beginning, they entered the mainstream market in June 2021. And the extent of its popularity can be ascertained by the following examples. For starters, rapper Jay-Z owns a Punk that he uses as his Twitter profile picture.

American multinational financial services corporation Visa shelled out $20 million to acquire a bunch of them in August. While an online listing was auctioned by luxury auction house Sotheby’s in July. Keeping all that in mind, it’s hardly surprising that NFT is a top-ranking project.

Commenting on the development, Evolution Gaming’s Chief Product Officer Todd Haushalter said, “Evolution has taken the first step in incorporating NFT with traditional gambling. We’re in a unique position as the creators of the world’s first NFT-based video slot. One of the most common questions that we hear is ‘how to display your NFT’, and we thought this would be a unique way of flaunting it”.

“NFT Megaways is a safe and fun way of familiarising yourself with Non-Fungible Tokens. This is a unique opportunity for players to interact with crypto in a completely new way. And we’re thrilled and honoured to be a part of the new crypto-asset movement”, Todd added.

By offering NFT-based prizes, game developers can diversify their portfolio like never before and appeal to a wider demography. This opens new avenues for companies to market their products more specifically and sophisticatedly, as they’re offering a lot more than mere cash prizes.

The Future of NFT Gambling

Evolution Gaming’s recent venture could spark a new relationship between the two industries. With the iGaming industry projected to breach the $516 billion mark by the end of the year, this could be an extremely lucrative and opportune moment for the NFT market to be associated with gambling.

While iGaming has been around for a while, the concept of using digital assets is fairly new. There are several ways to go about it in the coming days. One such avenue is sports card collectables. As the sports betting market continues to grow, digital sporting collectables are on the verge of becoming popular.

The NFT market is in a viable position to capitalise on this opportunity and design products aimed specifically at sports enthusiasts. A perfect example of this is designing betting rewards in the form of actual tickets. The Dallas Mavericks have already taken the initiative. The management plans to create tokenised passes for future games.

Metaverse NFT is the next big project in the pipeline. In theory, a metaverse is a virtual reality mirroring the real world. The term was coined in 1992 but only started gaining momentum in the last few years. Metaverse NFTs are an emerging subcategory of digital collectables. And it allows people to gamble for a chance to win Non-Fungible Tokens.

Technology like these adds a new dimension to gambling debates. And while metaverse NFTs are a fairly new niche, they’re projected to become more popular as interactive realities enter the mainstream. And considering the pace at which major brands are entering the NFT metaverse, it’s only a matter of time before virtual casinos become the hub of spreading NFTs globally.

NFTs will likely dominate the industry in the next few years. And a major part of the credit goes to gambling games and new technology. But it’s not just fun and games. There are several obstacles ahead for NFT gambling. And mass-scale adoption is the key to building trust in the market.

At the end of the day, NFT gambling is in its nascent stages, and the waiting game to analyse its true potential is on. We must closely monitor the utility and long-term proposition of integrating NFT in the iGaming ecosystem and refrain from jumping to conclusions. As with any new technology, NFT has its fair share of risks. But the rewards continue to outweigh the odds for the time being.