Golden Glyph slot game is another fantastic slot game from Quickspin, one of the innovative developers in the business. It is a stunning and feature-rich slot that boasts a 7×7 layout that perfectly fits Quickspin’s new portrait mode.

That’s not all; Golden Glyph slot has a cluster pay system. It means a winning combination can form anywhere on the grid, giving you a vast amount of potential chances of payouts. 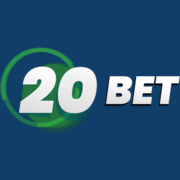 Below are tips that will prove useful in many slot games, especially with Golden Glyph.

There is a reason why Egypt astounds us all, its beauty is surreal, and the Golden Glyph slot game will amaze you likewise. The Golden Glyph slot takes you on an adventure to ancient Egypt, with a background that depicts a stunning Egyptian city on the banks of the Nile. The symbols of the slot include the hieroglyphs, Tutankhamen, the falcon god Horus and the famous Cleopatra.

The 3D graphics are first-class, and the Eastern soundtrack brings Egypt alive on the screen so you can live the experience rather than just play it. The game is naturally immersive but even amplified by the detailed animations that occur during reel modifier features.

How to Play Golden Glyph Slot

Anyone can play the Golden Glyph slot as it is very simple. Skill is not so much a need if only you follow the steps below. In fact, the only skill you need is managing your bankroll while playing Golden Glyph.

We’ve touched a few of this slot’s features earlier, but we will go into more in-depth details in the next few sections. However, while some get activated easily, you may need to spin for a while to trigger others.

After each tumble, the game activates the power wild feature. You can only activate one power wild per tumble, and it can appear either during the base game or the free spins round. The power wild will appear in one of the empty spaces left behind by a cluster win. If you are lucky to use this power wild as part of your winning combination, you automatically activate one of the power-up features of the slot.

There are 4 variants of the power-up feature in this slot. At the beginning of every spin, the game will choose 5 of these Power-Ups in random order and display them on the golden wheel by the grid’s left side. As a rule, the Free Spins Power-up is always the 5th.

This power-up gives you between 4 and 10 wilds in random positions on the grid.

The Eye of Horus Power-Up will pick any low paying symbol on the grid at random and delete all its occurrences on the grid. Players will also receive an additional tumble and 5% of their bets for each symbol that the power-up removed.

Like its name, the Blaze of Fire will burn all the game symbols appearing on the same reel and row with it. It appears randomly on the reels, and just like the above, it triggers a tumble. Also, it awards 5% of the player’s stake for every symbol it burns.

Below is the paytable summary of the slot.

The Golden Glyph slot features 3 wild icons. All the wilds can replace other icons on the reels while 2 of the wilds have extra functions.

Golden Glyph rewards up to 13,000x your stake, a massive payout for any slot machine. In fact, only a few slots of medium variance can surpass this.

While the symbol acts as a wild for the game, it is also a progressive multiplier. Every time it forms a part of the winning combination, the multiplier value increases by 1. After every spin, it moves itself to a new location on the grid, and its value can get as high as 99x. In a way, the key to massive wins in this slot is the Golden Glyph Wild Symbol.

The Golden Glyph slot game has an RTP of about 96.19% against a house edge of 3.81%. The best part is that the volatility and variance are in the medium range. It means the chances of getting wins are high even though they may be small wins.

If you feel confident enough, you can play the Golden Glyph slot for real money online after going through this review. You have to choose your casino, register, and start wagering for real money.

But there are many things to consider before choosing a casino slot provider—the game collection, bonus offer, free spins, payment method, gaming experience, and many more. We’ve put together a list of Golden Glyph slot online casinos that offers the best of bonuses and gaming experience.

If you need time to get the hang of the game, then go for the Golden Glyph slot free play. The demo is available at all the casinos we listed here. But you might wonder – why play in free play mode? Well, because playing for free allows you to learn tips and strategies of the game without pressure.

Golden Glyph is a beautiful and fun ancient Egypt slot game from Quickspin. Although it takes time to boost the multiplier to the max, a bit of patience would help. Besides, small wins in the base game would compensate for your time.

One thing about this slot is that too many things are going on once you click on the spin button. It may not be the best slot for newbies who like simple slots.

What are the chances of winning in the Golden Glyph slot?

You have a fair chance to win massively in this slot. It is a medium variance slot, and the RTP of 96.19% is not against you.

Where can I play Golden Glyph for free?

You can play Golden Glyph for free on the casinos in our list.

Can I play Golden Glyph on my Android Phone?

Yes, the game is optimised with HTML5 technology, so it runs perfectly on a wide range of devices. Whether you are playing from a PC and iPad, iPhone, Windows phone, Android phone, or tablet, the game runs with the same quality.

Is there a progressive jackpot in the Golden Glyph slot?

Unfortunately, there is no progressive jackpot to win in this slot. However, the game has a maximum payout worth 13,000x.